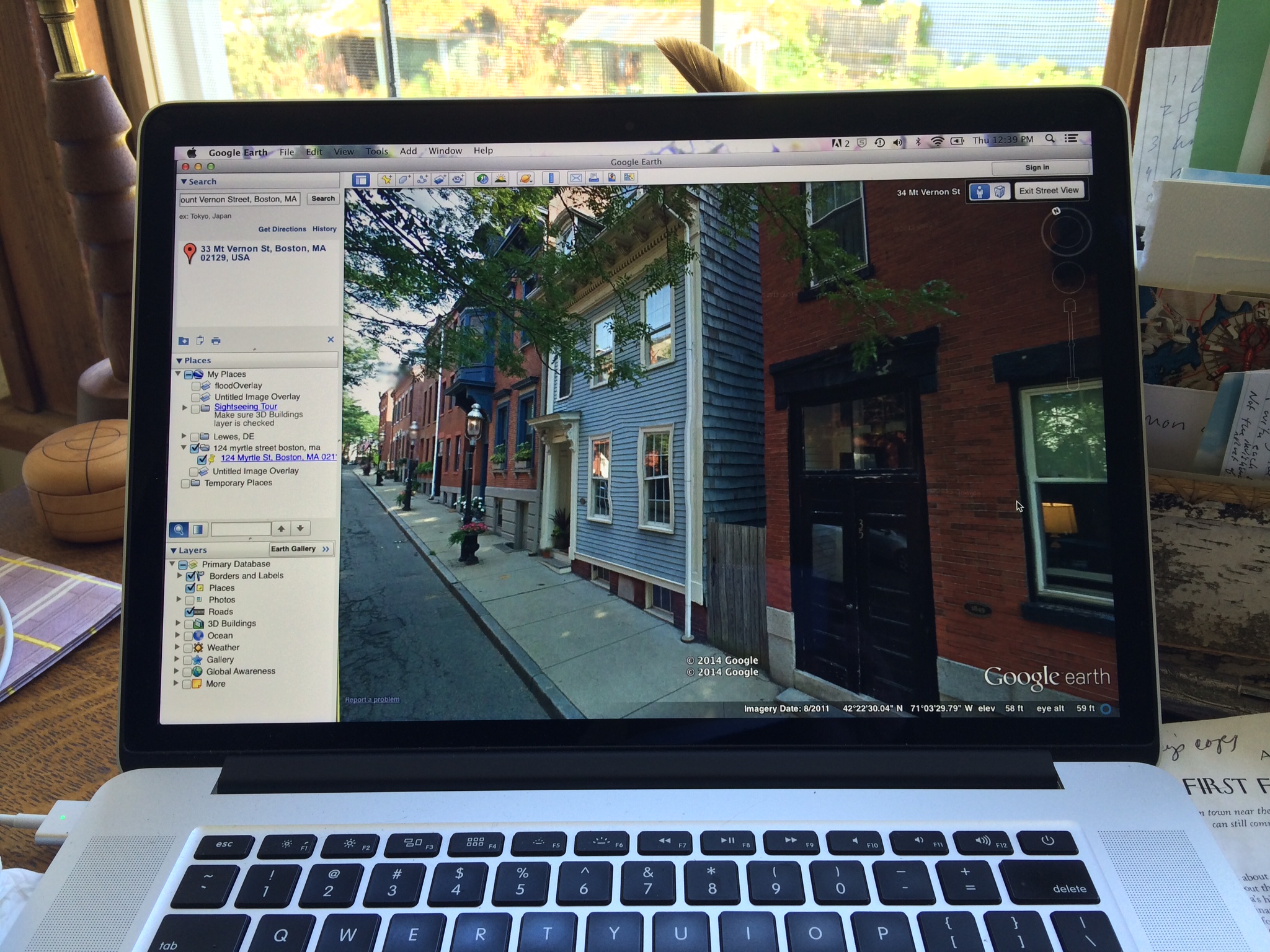 Today I tried to see into the past using Suffolk County, MA’s online record database. Only made things murkier. I now have specific dates for entirely ambiguous transactions. There seems to have been some kind of shell game involving 124 Myrtle, the house on Greenings Island, and a third property I have never heard of at 33 Mount Vernon. Quit claim slight-of-hand. I did learn that Greenings came at the cost of 124 Myrtle; my father traded Emery Rice his interest in one for the whole of the other. Two things happen suddenly as a result: 1) I recall that after Alex graduated from Shady Hill, my father moved into the basement apartment; and 2) the loss of Greenings is compounded—it is as if Greenings also contained Myrtle. And both are lost. What is an apt metaphor? The whole field mouse found inside the belly of the rainbow trout my mother once caught at Meek’s Creek? If the trout were understood to be the future and the mouse the past. One eaten by the other. Both dead.

PS: Plugged my dad’s name into Google and turned up two men who seem much more like the man who would be my father than the man who is my father. Felt strangely undermined in my efforts to individuate.